… ‘juxtaposition’ #1
By the placement of colour compositions along with 3D forms, express an emphasis on concepts that are integral to both sculptural forms and to a music score. 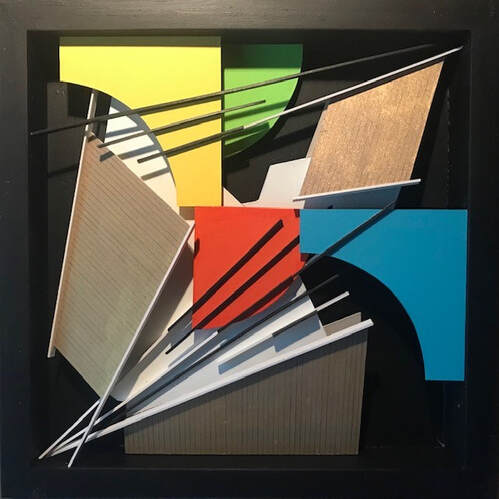 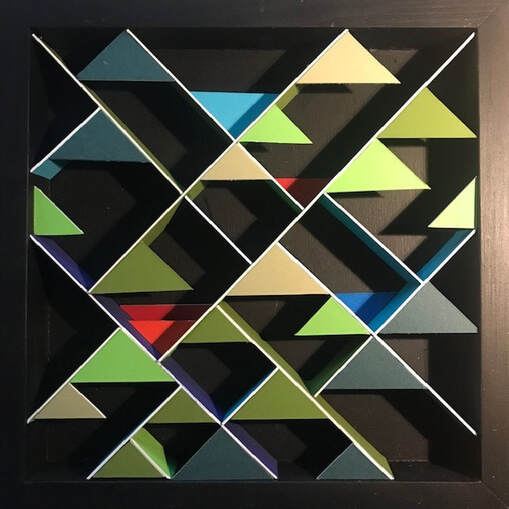 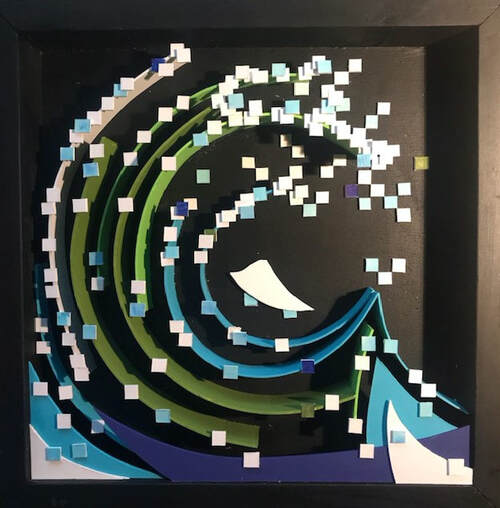 ​...'storm watch'
soaked to the skin we sat curled up in arms
together on a log tossed along the beach
we all share one ocean for our provisions
as we watch for the return of the salmon
as they scramble over rocks they swam
we share one earth for our sustenance
life is a sanctuary filled with all our hopes
in the swirling eddies, our mind listens
to the rain falling on the dried leaves above
our hearts skipped a beat when we watch
humpbacks in a distant and the orcas at play
increased aspirations, a rouge wave rushes in
what have we learned from broken hearts,
watching storms of wars, incited by men,
watching storms brewing over food supplies
feeding our desperate immigrant families
watching storms and global warnings
living with plastics created by men
forgive us for our greed and for
our trespasses, for creating
this hunger for what is true
for increased water levels
and storm watches...
from whence we, once swam.
"riders of the storm, 71'
​Tribute to Jim Morrison (1945 - 1971)
DALBOOT #288
30cmx30cmx5cm
recycled paper/ wood / acrylic
studioDB3 ComoxBC 10/12/22 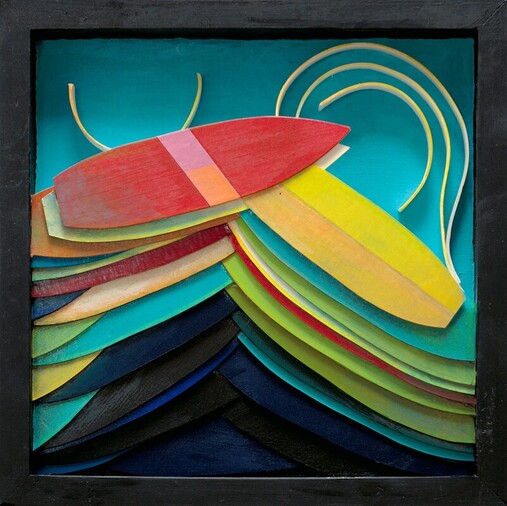 ​…’riders of the storm’ '71
what is it about pushing our limits that gives us a rush to
hang longer ...just to catch the next big wave?
how does a wipe out or suffering strengthen our
relationships ...to bind us together?
there is a rhythm of the way the waves beat against the shore
each pulsing motion makes our mind spin in our dreams
as in our lives … storms may cause things to break
as surfers pace each wave at the close the day
currents and jet streams come into our lives
invigorating spray to rejuvenate ourselves
released, refreshed, at close the day
protected by a higher being,
much larger than we 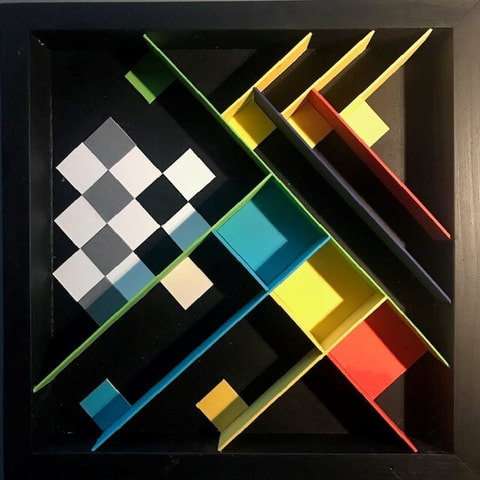 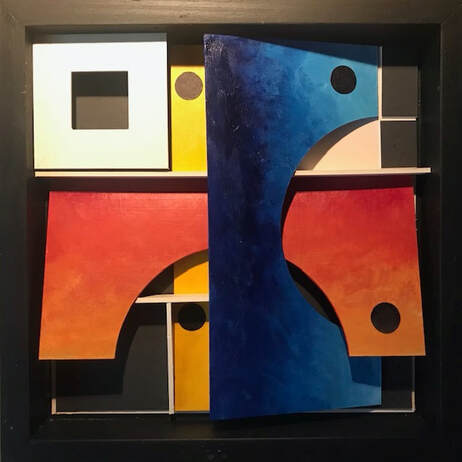 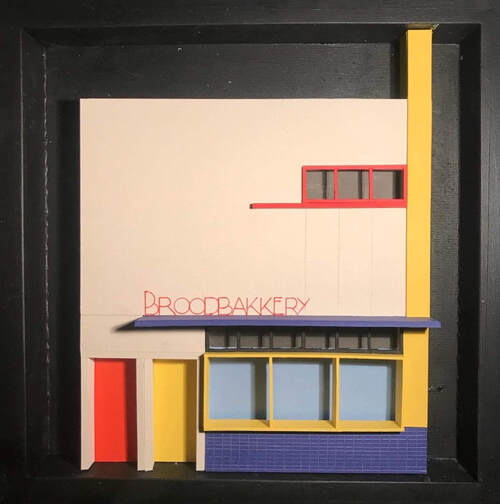 ​This former bread bakery in Tilburg, Netherlands, is now home to design agency Kinkorn, and considered a national monument.
I was raised by my parents in a bakery in Ellemeet, Netherlands.
Our bakery / kitchen and store front shop was on the ground floor with a residence upstairs ... similar to this example of a 'Iive work' arrangement!  One exception perhaps, is there were twelve of us living under one roof!  I was the youngest… only for a short time! My mother became pregnant before we immigrated, and my youngest sister was born in Canada.

Inspired by the De Stijl movement founded by Theo Van Doesburg in 1917, the bakery was designed by architect S.G. Barenbrug in 1932.

Proponents of De Stijl, which include Piet Mondrian and Gerrit Rietveld, advocated pure abstraction and universality by a reduction to the essentials of form and colour; they simplified visual compositions to vertical and horizontal, using only black, white and primary colors.

Looking like a giant Mondrian painting, this exceptional structure stands out proudly from the adjacent buildings on Acacciastraat. 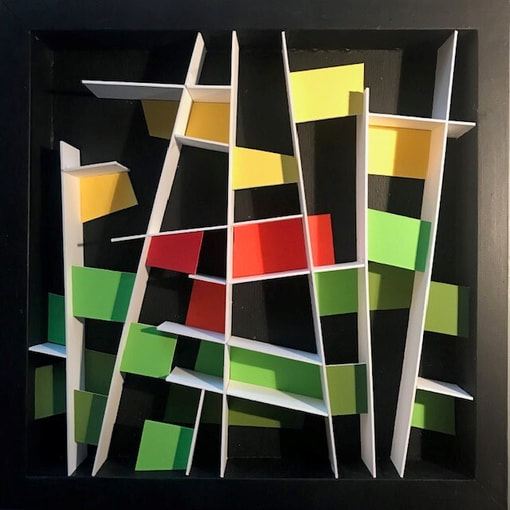 ​The Birch
Under my own window
White is birch’s hue –
Snowy blanket-shadow,
Silver patterned too.
On its fluffy branches
With a snowy hem
Tassels’ blossom blanches –
Fringe’s icy gem.
Standing, birch is yearning,
Silent, sleepy spire,
Falling snow is burning
In its golden fire.
Lazy dawn in wrinkles,
Circling all around,
Now its branches sprinkles –
Newly silver-crowned. 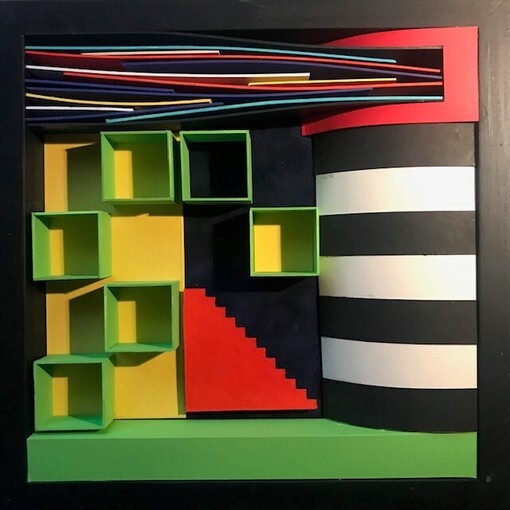